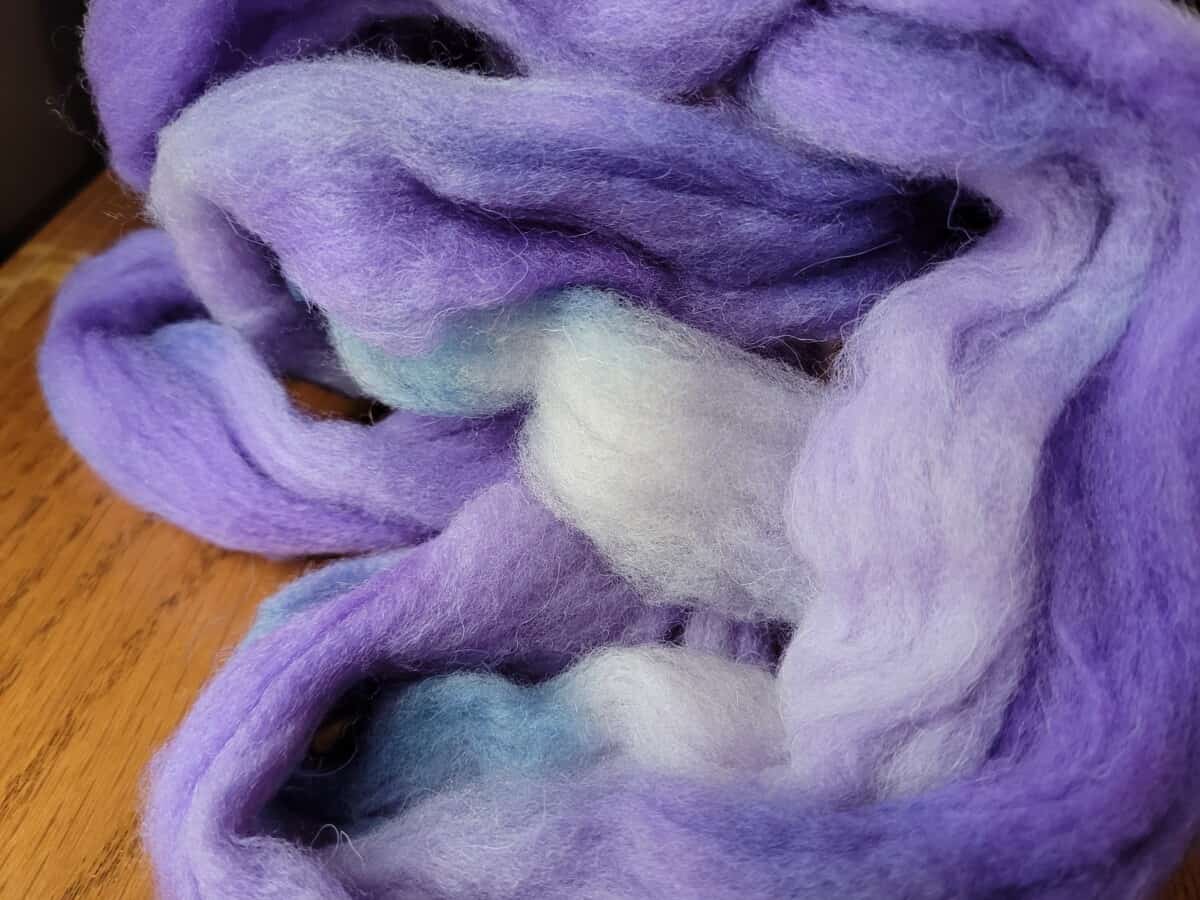 I’m sure you have seen the terms wool roving and wool sliver when you are looking for fiber for your next spinning project. There are loads of fiber preparations and fiber preparation terms to choose from!

Since each wool preparation is best used for a certain purpose or type of spinning, when would you use wool roving versus wool sliver and why?

Wool roving is the most commonly used ready to spin wool preparation. Wool sliver is a thinner version of wool roving. The main difference between wool roving and wool sliver is the amount of drafting needed to produce a certain sized yarn.

Does Spinning Your Own Yarn Save You Money? looks into the costs and savings of handspinning yarn.

Wool roving is the commonly used ready to spin wool

Roving is the most commonly used ready to spin wool. It comes in a long cloud like rope of wool that is usually 2-3 inches thick.

What Is The Best Handspinning Roving? is a more detailed article on picking out the best roving for you and your project.

Roving can be drafted, as is, or to make it easier to spin, roving can be split into columns, which require less drafting out, simply because there is less wool in the roving column to begin with.

If you are a spinner who enjoys drafting from a larger amount of wool, then keep on using the roving! There’s no need to switch to sliver, unless you are curious or just want to add to your spinning experience.

Most roving sold today is actually top, not roving.

True wool roving is best used for spinning woolen yarns with loft, or that poof that is really the fibers of wool trapping air, which keeps you warm!

Wool sliver is just a thin wool roving. The ideal spinner for wool sliver is any handspinner who wants to draft less fiber when spinning.

If one of your biggest challenges when spinning is getting the fiber drafted down into a small enough yarn, then working with some sliver may be a great way to simplify your spinning.

Pro tip: sliver, when referring to fiber, is pronounced sly-ver.

Wool roving and wool sliver have some of the same properties, including:

Both roving and sliver are easy to use, ready to spin wool and can be used to make the yarn of your choice.

In fact, the very same wool could easily be available as both roving and sliver!

Wool roving and wool sliver vary in a few aspects, including:

You can make your own wool sliver

As I have mentioned above, you can make your own wool sliver by taking a 1-1.5 foot section of roving, which is actually top, and dividing it into 4 or more smaller columns.

This gives you an easier to work with fiber that will be less cumbersome. I will nearly always split roving into sections.

I find that spinning unsplit roving is a great way for me to end up making weirdly fat yarn, which is not so great after all!

Once I split the roving, I am much more likely to get the yarn size I was hoping for.

How many times do you split the roving?

The number of times I spilt the roving depends upon how well it is drafting out for me.

Sometimes just splitting the roving in half makes a big difference and is all I need to get the yarn I am trying for.

Most rovings I have to split, 4-6 times to get a sliver size that works well for me. Normally I will split it at least in half and see how it goes. If it’s still too much fiber for me to easily work with, I split it again.

Reasons to split the roving

Another challenge that I have run across is that some of the rovings I have are almost sticky or grippy, like they don’t want to draft out.

I need to split this roving to make it workable for me.

I have an alpaca and wool pin drafted roving that I am working with that is feeling overly grippy to me.

It could easily be that I am doing something wrong, or I just don’t have enough experience with alpaca, very likely since this is the first alpaca I have tried!

It’s also the first pin drafted roving I have tried, so something in the mix makes it tough for me to get it well drafted out, until I split it in at least 4 slivers then it’s pretty easy to spin well.

If you have real roving, reconsider this move, it won’t work well for you.

Real roving is a poofy thin cloud of ready to spin fibers that looks super soft and fluffy, since the fibers are going in all different directions.

What is commonly sold as roving is really combed top, which means all of the fibers in the wool are running smoothly in the same direction, like a river of wool.

Real roving should be spun as is, this will get you the loft and softness that you want in your woolen yarns.

How can you tell if you have real roving? That’s easy, first off read the description. No kidding! Even when the title says roving, read further and you’ll see that it will most likely say combed top.

If the description is not much help, hold up a section of roving and see if you can see dents or lines where there is less fiber, if so this is combed top and that line is an easy spot to split the top into sections.

It is interesting that roving is the term used everywhere, yet most of what you order is not roving, at all!

I placed my my recent wool order specifically to see the differences between roving and top of the same breed and got all combed top.

This ends up working out for me anyway, I’ll just use what I thought was real roving for a different project, but just keep this roving really being top thing in mind when you shop!

For more information on roving versus sliver and other fiber preparations, read Roving And Sliver And Batts! Oh My! from Paradise Fibers. 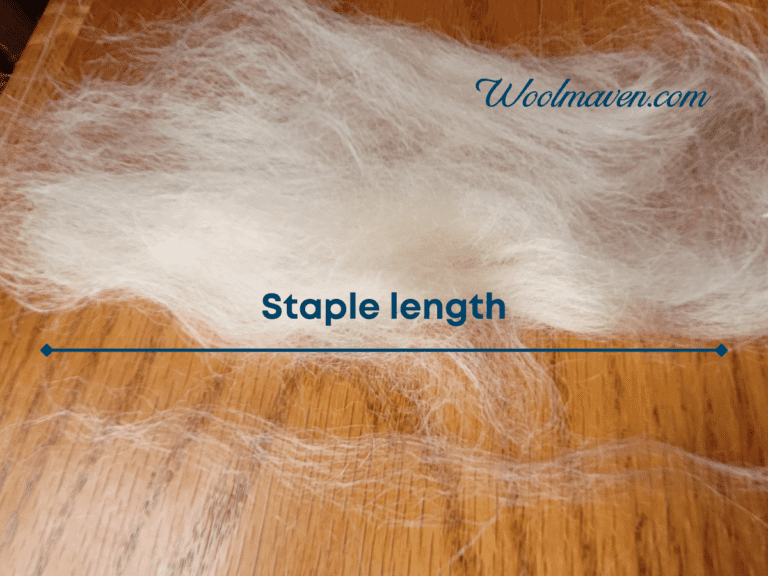 Before you get some wool to start your spinning project, you need to know what you are looking for in that wool, specifically how long should the staple length of wool be for you to spin it? Wool with a staple length of 3-5 inches will be the easiest to spin. Wool with shorter or… 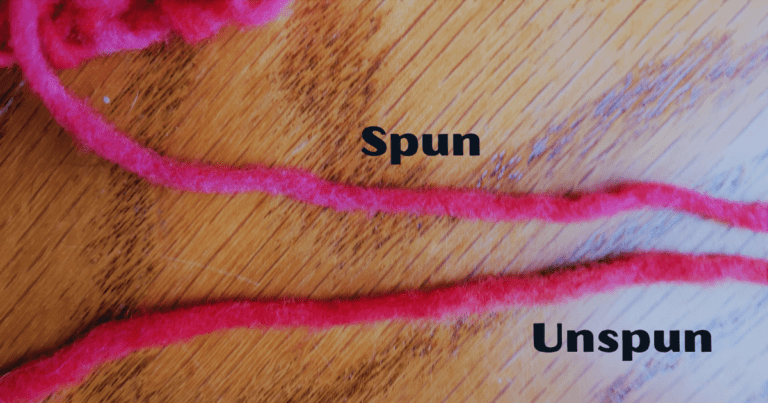 If you have spent anytime at all looking over your spinning fiber options, you will have likely come across something called pencil roving. What on earth is pencil roving and what would you use it for, anyway? Pencil roving is a thin wool roving, generally as thin or thinner than a pencil, that is used… 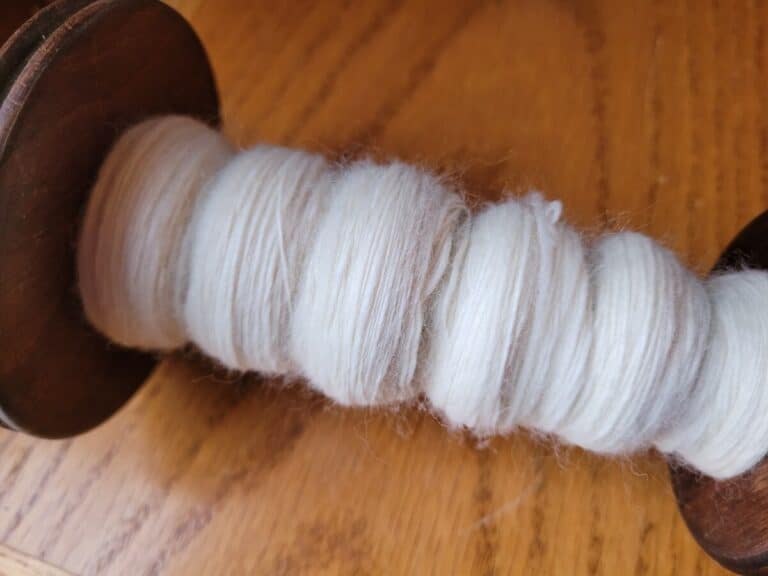 When you are looking around for fiber to start handspinning with, you’ll see a huge amount of choices! Choices are wonderful, once you get some practice and know what you like, but for a beginner, too many choices is more confusing than anything else! What is the best wool for handspinners to start with and… 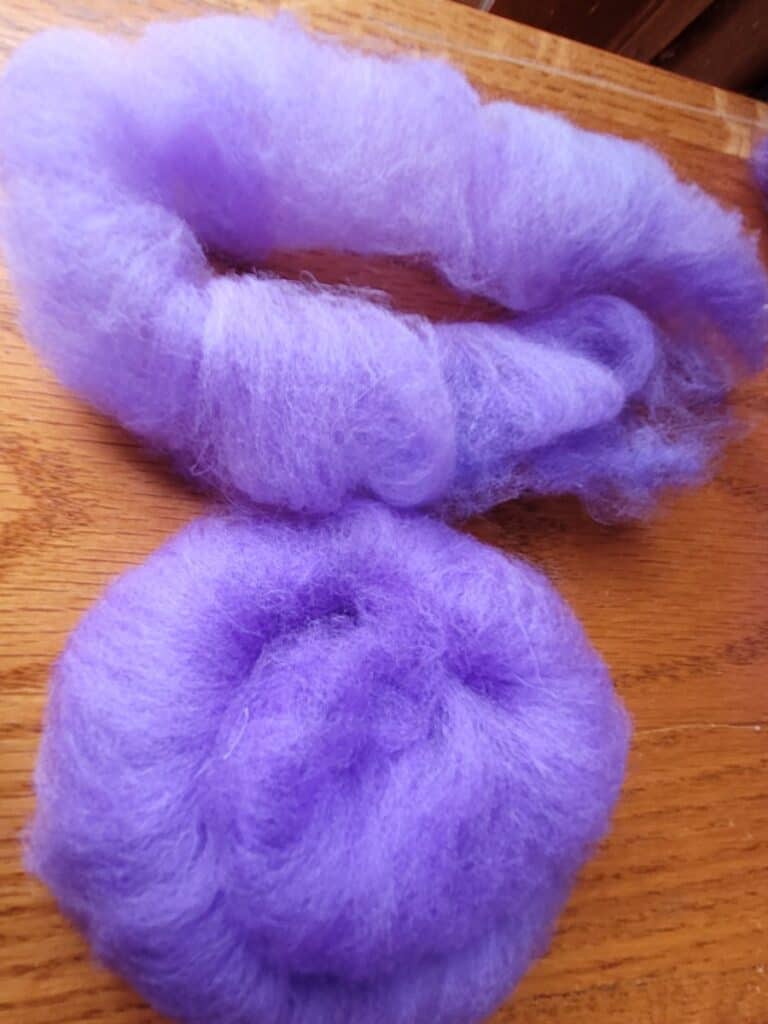 If you are looking into handspinning, you have surely come across the terms roving and rolag, and many other fiber related lingo, too! Clearly you can use both roving and rolags to spin your own yarn, so what are the differences that you need to know between rolags and roving, so you know which one… 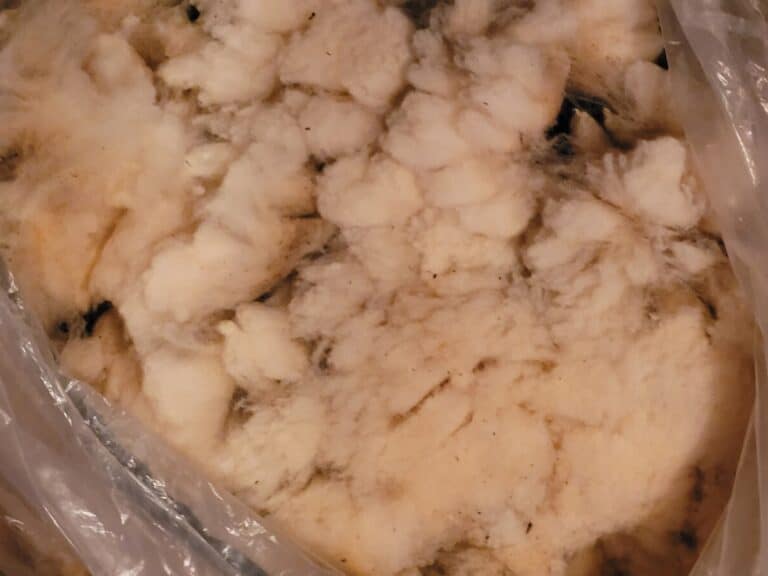 You’ve seen the raw wool fleeces available for online and at fiber festivals and sales and have probably wondered if you should jump in and buy a raw fleece or just admire them and stick to the prepared fibers you love. Is a raw wool fleece the right choice for you and what is involved… 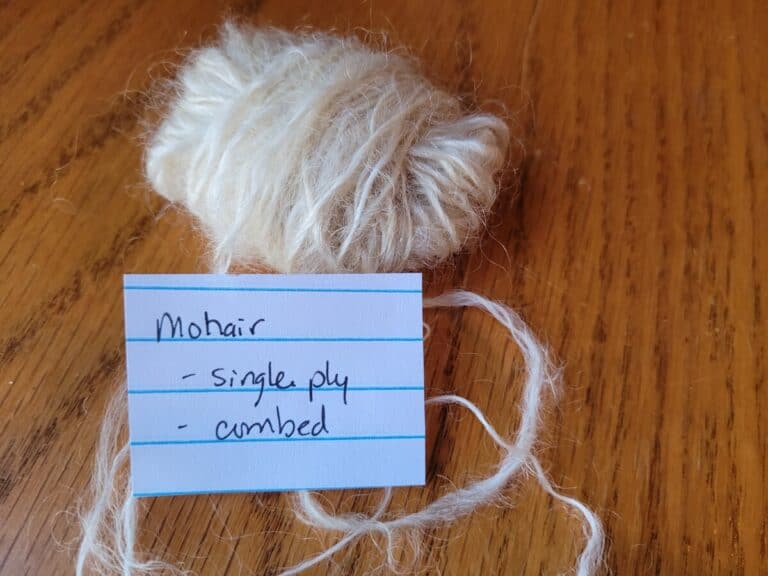 There are all manner of wools to try, this is the best part of handspinning! But, which wools will be easier to work with and which ones will be harder to learn to spin? The types of wool that are hard for a beginner to handspin are: fine wool, long wool, down wool, angora, mohair…